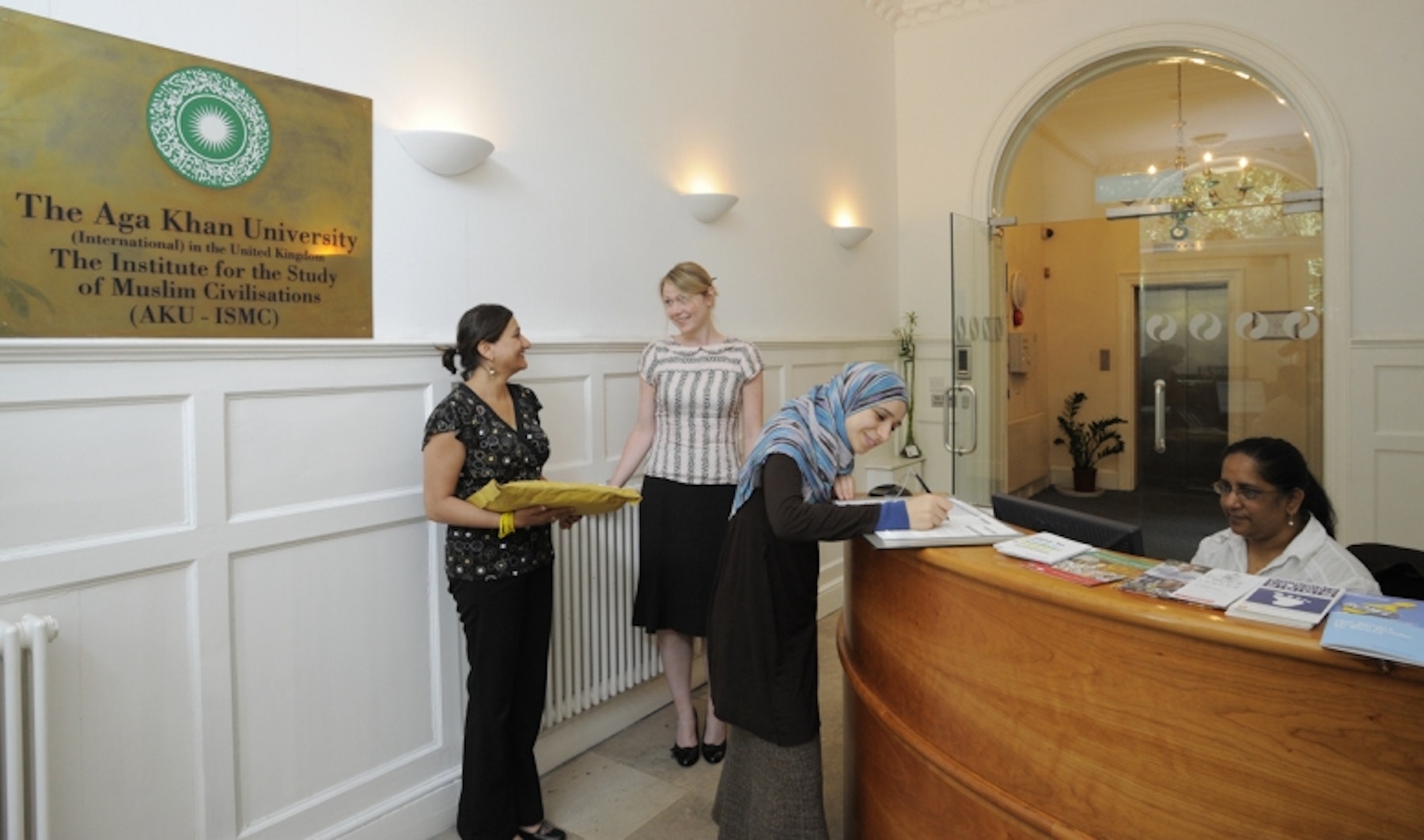 The Aga Khan University’s Institute for the Study of Muslim Civilisations, based in London, will lead the collaboration, working with the Faculties of Law and Theology, and the Institute of Oriental Studies of the Catholic University of Portugal.

Lisbon, Portugal, 12 July 2008 - Aga Khan University (AKU) and the Catholic University of Portugal (UCP) today signed an agreement of academic collaboration as part of their efforts to foster international understanding and scholarly cooperation between diverse cultures and faiths. Areas of collaboration between the two universities will include culture, law, religion, ethics, health sciences, education and human development through joint research, training initiatives, and exchange programmes for faculty and students. Professor Manuel Braga da Cruz, Rector of the UCP and Firoz Rasul, President AKU, signed the Memorandum of Understanding at the Ismaili Centre in Lisbon.

The historic signing ceremony was attended by His Eminence D. Jose Policarpo, the Cardinal Patriarch of Lisbon and Chancellor of the University, D. José Policarpo, and His Highness the Aga Khan, Imam (Spiritual Leader) of the Ismaili Muslims and Chancellor of the AKU. Rector da Cruz and President Rasul noted that the partnership between the two Universities conveyed a collective commitment to go beyond common boundaries, to build bridges between diverse faiths and peoples by connecting different parts of the world together through the universal language of scholarship. The partnership is an opportunity to address shared concerns, identify common interests and foster greater understanding on issues of global concern.

Aga Khan University’s Institute for the Study of Muslim Civilisations, based in London, will lead the collaboration, working with the Faculties of Law and Theology, and the Institute of Oriental Studies of the Catholic University of Portugal. Initial projects will include comparative study of the impact of religion on the evolution of legal systems as it relates to the law of the land and its bearing on civil society; cultural studies; health sciences education and training; joint research, training and consultation on bioethics; and discussion on human development frameworks. Collaboration will include exchange programmes, research initiatives, and the organisation of symposia, lectures series, conferences, short courses and continuing education programmes.

Chartered in 1983, Aga Khan University is an institution of the Aga Khan Development Network. AKU is a private, autonomous university recognised for its research, teaching and service at an international standard in medicine, nursing, teacher education, medical care and community service. The university has campuses and programmes in eight countries in South Asia, the Middle East, Europe and Africa, including Faculties of Health Sciences with a Nursing School, Medical College and teaching hospitals in Karachi and Nairobi, Institutes for Educational Development in Karachi and Dar es salaam, an Examination Board and an Institute for the Study of Muslim Civilisations. AKU is a non-denominational institution open to all, irrespective of religion, ethnicity, gender, national origin or financial standing.

The Portuguese Catholic University is a public educational institution, established by the Congregation of Catholic Education, under the Concordat between Portugal and the Apostolic See, and recognised by the Portuguese State in 1971. It currently has approximately 11.000 students attending all three cycles of study (University degree, Masters’ degree and PhD) in all of its 4 major centres, located in Lisbon, Braga, Oporto and Viseu. It is also attended, on an annual basis, by over 2.000 professionals seeking its well reputed programmes for executives. The scientific areas developed by the University cover a variety of themes ranging from Theology to Art, Philosophy, Human Sciences, Social Sciences, Health Sciences, Engineering, Architecture, Educational Sciences, Biotechnology, Entrepreneurial Sciences, and Law. Integrated within UCP units, there are 22 study centres, Cabinets and Institutes which are essentially dedicated towards pure and applied investigation. As from 1998, the University has its own publisher, named UCEditora.

Golden Jubilee of His Highness the Aga Khan His Highness the Aga Khan completed his 50th year as the 49th hereditary Imam of the Shia Ismaili Muslims on 11th July 2007, succeeding his grandfather, Sir Sultan Mahomed Shah. The Aga Khan leads a community of 15 million Ismaili Muslims living in some 25 countries around the world and is a direct descendant of the Prophet Muhammad (peace be upon him and his family). In the Ismaili tradition, the Imam’s Jubilee celebrations are a premise to launch new social, cultural and economic development projects. In keeping with the ethics of the faith, these projects aspire to improve the quality of life for the most vulnerable in society. During the Jubilee year, the Aga Khan is expected to travel to a number of countries to meet with members of the Ismaili community and to visit projects of the AKDN. He is also likely to announce the creation of new development institutions and projects and the significant expansion of existing ones.

The Aga Khan Development Network His Highness the Aga Khan is founder and Chairman of the Aga Khan Development Network (AKDN), a group of private, non-denominational development agencies working to empower communities and individuals and to improve living conditions and opportunities, especially in sub-Saharan Africa, Central and South Asia, and the Middle East. The Network’s nine development agencies focus on social, cultural and economic development for all citizens, regardless of gender, origin or religion. The AKDN’s underlying ethic is compassion for the vulnerable in society. Their annual budget for social development is in excess of US$ 300 million.