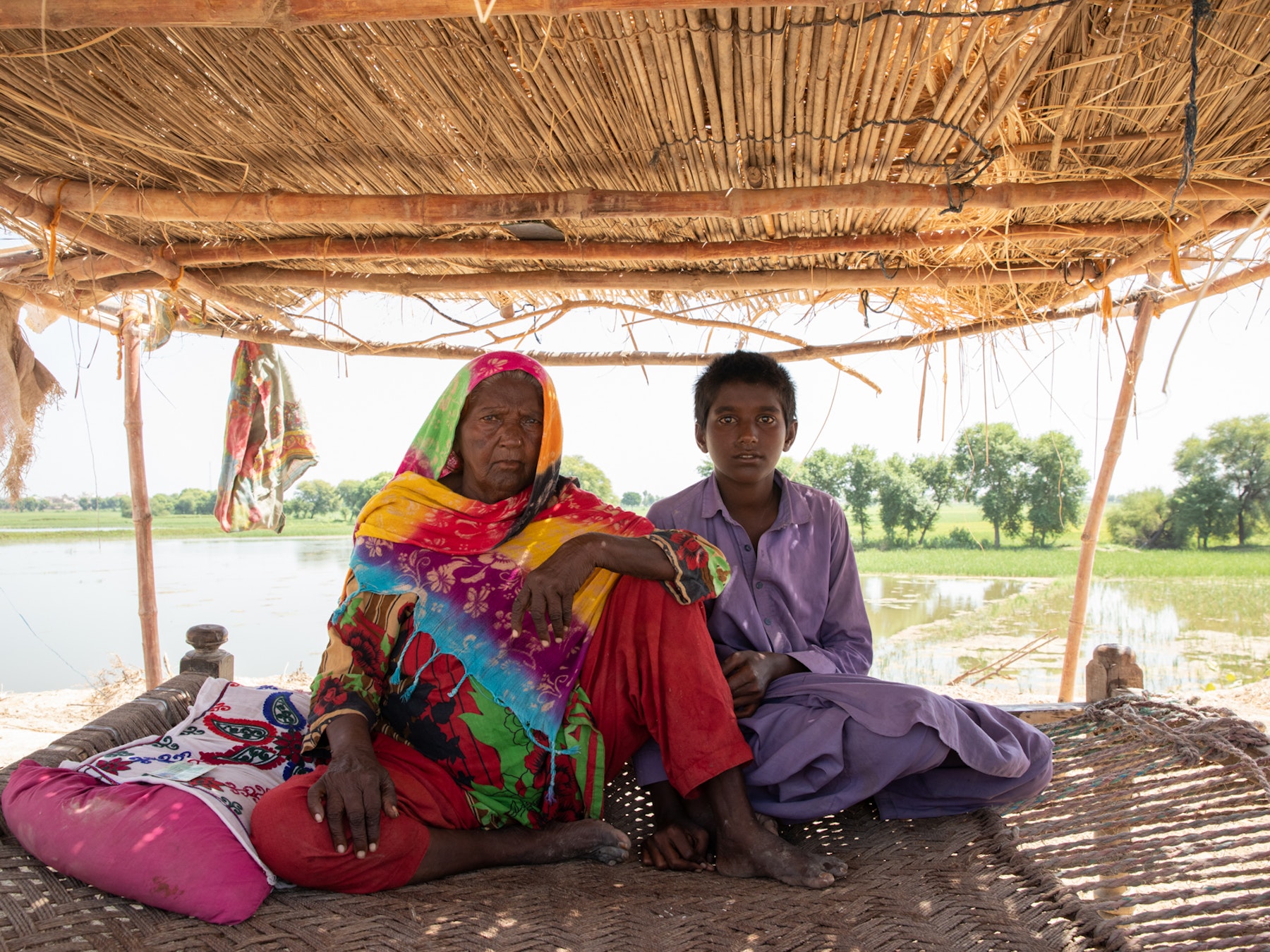 A woman in Sindh with her grandson – the 2022 floods destroyed their home.

Geneva, Switzerland, 9 January 2023 – At the invitation of the Prime Minister of Pakistan and the UN Secretary General, a delegation led by Prince Rahim Aga Khan and Princess Zahra Aga Khan, representing the Ismaili Imamat and the Aga Khan Development Network (AKDN), attended the International Conference on Climate Resilient Pakistan, co-hosted by the Government of Pakistan and the United Nations (UN) at the Palais des Nations. The Conference convened leaders from government, civil society and the private sector to mobilise continued support for the enormous challenge of reconstruction and rehabilitation that lies ahead for Pakistan after the devastating floods of 2022.

The UN, World Bank, EU and Asian Development Bank have supported the Government of Pakistan to develop its Post-Disaster Needs Assessment (PDNA), estimating flood and economic losses at $30 billion and reconstruction needs at $16 billion.

The PDNA has identified core priorities that include the revival of livelihoods and agriculture, the rebuilding of private housing and the reconstruction of public infrastructure, including roads, bridges, schools and hospitals. This forms the basis for the Government’s Resilient Recovery, Rehabilitation, and Reconstruction Framework (4RF) that was presented at the Conference and whose goals include reducing the impact on developmental gains, so as not to hinder the progress of future generations, and helping the country build long-term resilience to climate-induced disasters.

Consistent with the Imamat and AKDN’s enduring commitment to Pakistan, and specifically climate resilience and adaptation, Prince Rahim and Princess Zahra expressed strong support for the 4RF. The Imamat has contributed $10 million towards the response to last year’s unprecedented flooding, and from the onset AKDN has been working to alleviate the impact on vulnerable communities across the country. As the crisis unfolded, thousands of people in affected areas were evacuated to safety, housed with host families or in temporary shelters, and provided with food and medical attention. The Aga Khan University healthcare camps have treated over 400,000 people in flood areas.

AKDN’s overall response plan seeks to not only provide immediate humanitarian relief, but like the 4RF, help communities recover and build back with long-term resilience to future disasters. To this end, Prince Rahim and Princess Zahra reiterated the commitment to deepen AKDN’s numerous activities on the ground, in alignment with the 4RF and in continued collaboration with the government, communities and international partners.

AKDN prioritises climate action in all the countries in which it works and sees the Pakistan flooding as yet another example of the urgent action collectively required.