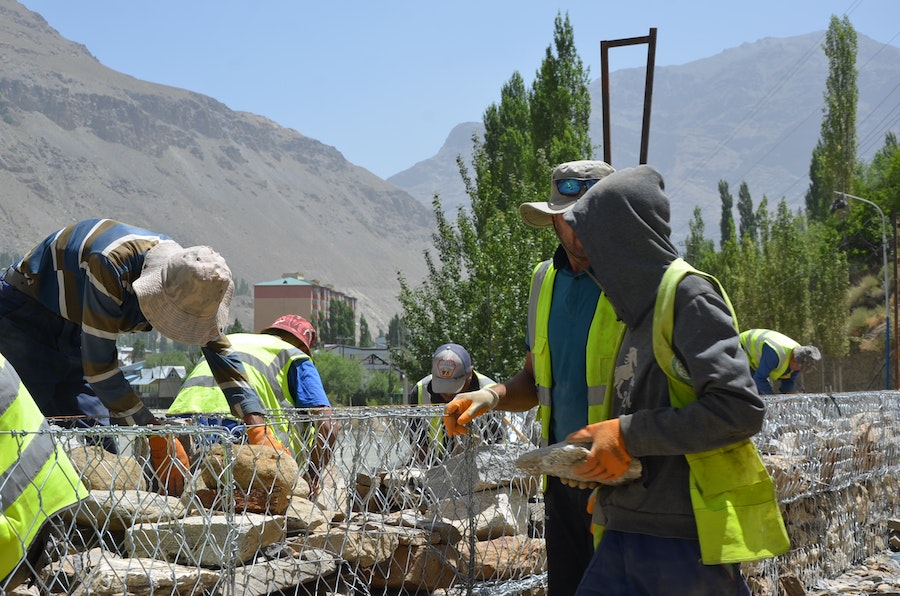 Slope stabilisation work in Khorog, under the SECO-funded Khorog Urban Resilience Programme. The use of locally made gabion boxes allows for a nature-based approach to disaster mitigation in urban areas.

Home to over 60 percent of the glaciers of Central Asia, Tajikistan’s mountains are the main source of water for Central Asia. Rising temperatures are causing rapid melting of glaciers and every year settlements are impacted by more frequent and intense flash floods, avalanches, mudflows and riverbank erosion.

The Government of the Republic of Tajikistan, the Government of Switzerland and the Aga Khan Agency for Habitat have been engaged in a long-term partnership to address the increasing risks emanating from climate change across the country.

The panel discussed approaches to environmental resilience to climate change in the mountainous regions of Tajikistan, highlighting the initiatives taken by the Government of Tajikistan to keep its emissions amongst the lowest in Central Asia. Tajikistan covers over 95 percent of its energy requirement through hydropower and plans to export clean energy to neighbouring countries to help them reduce their emissions.

Mr Abdullo Qurbonzoda said that access to credible data information is key for planning and decision making and that the collaboration with AKAH has helped narrow this gap through their technical support for hazard risk vulnerability studies, and the monitoring of glaciers and glacial lakes including bathymetric assessments and the establishment of special data centres. Mr Shoimzoda emphasised the need for partnerships at all levels to address the challenges of climate change. Mr Onno Ruhl said that AKAH works in difficult geographies to help communities, civil society, and governments to create safer habitats. He stressed the need to build the capacities of relevant government institutions so they can deal with the issues of climate change effectively. Mr Nawab Ali Khan said that “Tajikistan’s key challenges are around climate change adaptation and AKAH is working very closely with the State Agency for Hydrometeorology, Committee of Environment and Committee of Emergencies and Civil Defence to address climate change adaptation issues in Tajikistan”. He further said that to deal with climate change adaptation issues, the least developed countries must have easy access to climate resources, including funding, knowledge and technology. He also noted the need for capacity building of communities and institutions at the grassroots level.

The panel session was followed by a bilateral meeting between the Chairman of the Committee of Environmental Protection, Mr Bahodur Sheralizoda, and the Chief Executive Officer of AKAH Central Asia, Mr Nawab Ali Khan. They acknowledged the need for enhanced collaboration and discussed the framework of further collaborations and joint actions around environmental conservation and climate change issues. The Chairman was informed of the Urban Resilience Programme in collaboration with the Swiss State Secretariat for Economic Affairs. This initiative aims to support secondary towns and cities adapt to climate change through resilient planning and is currently being implemented as a pilot project in Khorog, Tajikistan. 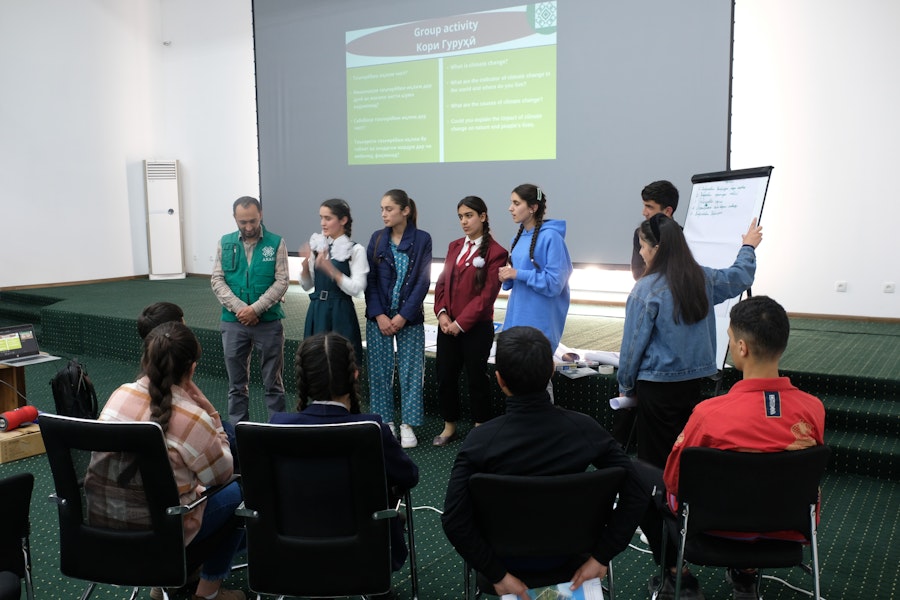 Working with the local government, AKAH has set up environmental clubs for school and university students across Khorog to raise awareness about climate change risks and impacts.