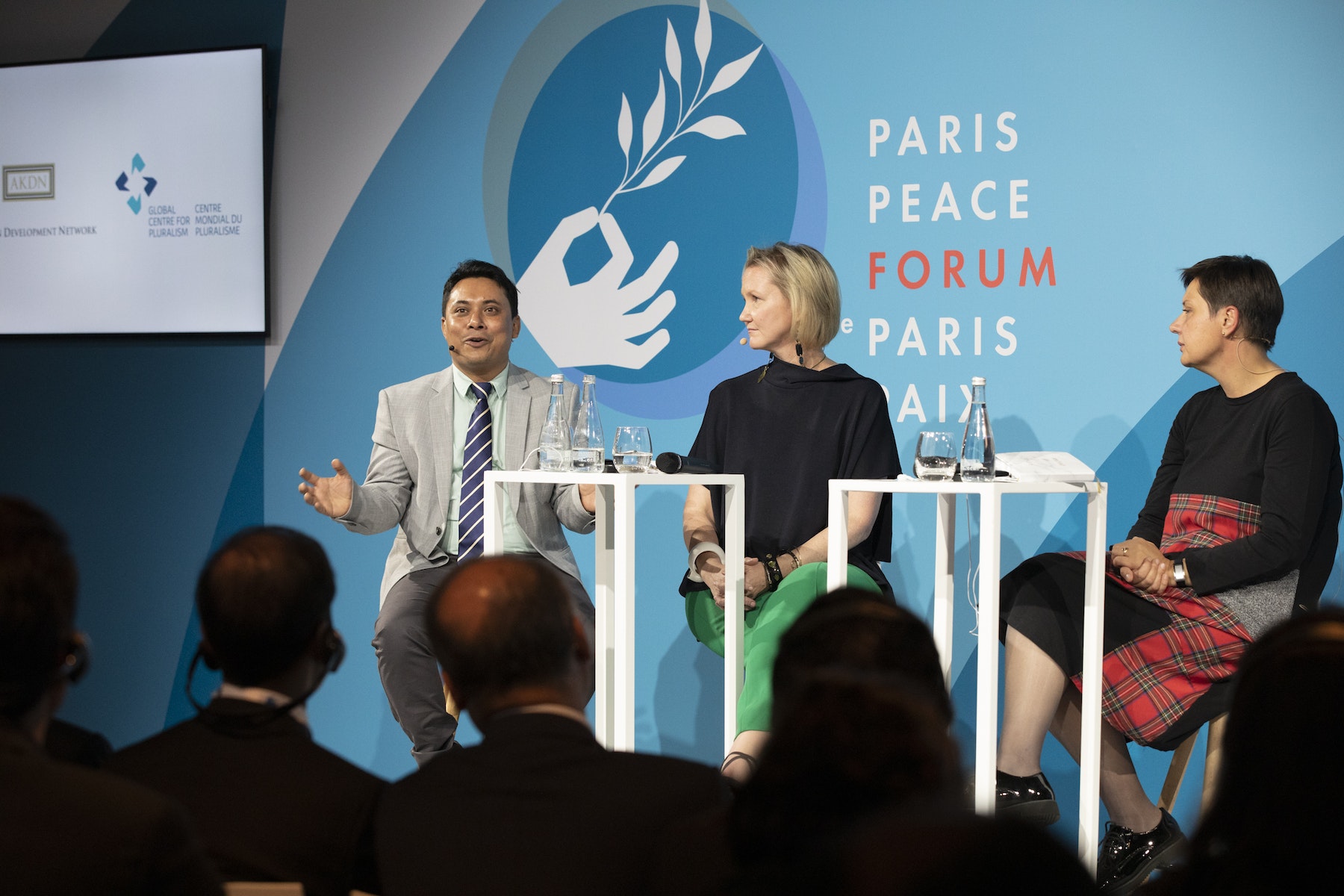 From Left to Right: Aung Kyaw Moe, Executive Director, Center for Social Integrity, Meredith Preston McGhie, Secretary General of the Global Centre for Pluralism, and Bojana Dujković-Blagojević, of "Learning History that is Not Yet History Network" exchange during a panel entitled “How can pluralism strengthen peace? Lessons from the GCP 2019 winners”. Paris Peace Forum,12 November 2019.

AKDN has for decades partnered with the French government and numerous French organisations on social (education and health), cultural and economic development. We are a Founding Partner of the Paris Peace Forum, which brings together world leaders to find cooperative solutions to global problems. The Network is present in France through the French Delegation of the AKDN, a non-profit foundation with its seat in Geneva.

His Highness the Aga Khan IV founded, and for many years served as President of, the Fondation pour la sauvegarde et le développement du Domaine de Chantilly, of which he is also one of the main patrons and donors. He was made a Commander of the Legion of Honour (1990), a Member of Academie des Beaux Arts (2008), one of France's oldest Academies, and a Commander of the Order of Arts and Letters (2010).

“
For years, we have worked together in different fields, in France and abroad, always in close partnership, sharing common perspectives and goals, with respect, above all, for the great values of France. For me this partnership is particularly important. It's a partnership built on historical values. And these historical values have proven their worth the world over. They are values that originated in France, but are now universal. My institution and my community are committed to defending, developing and promoting these values. 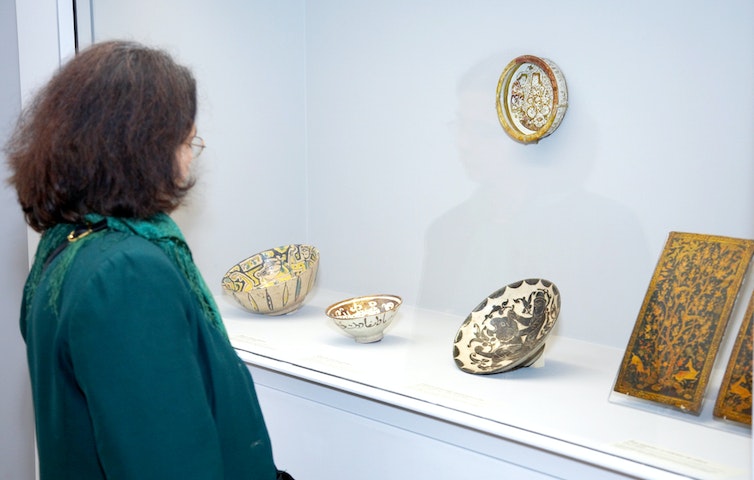 Artefacts from the Aga Khan Museum collection have been displayed at the Louvre in Paris, and the two museums continue to collaborate on a number of projects. The Aga Khan Music Programme has also brought world-class musicians to Paris to perform. Find out more about the Museum and the Music Programme. 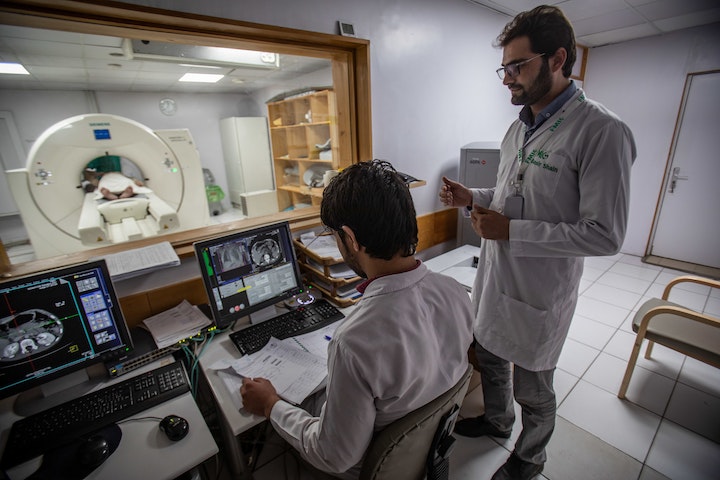 Projects have included building the Heart and Cancer Centre of the Aga Khan University Hospital in Nairobi, financial and technical support for the French Medical Institute for Mothers and Children in Kabul, and the launching of an US$ 80 million programme to improve health facilities in Tanzania. 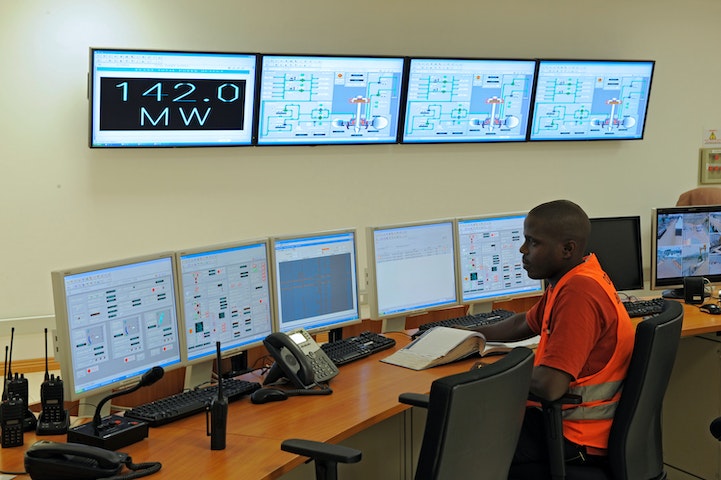 Joint projects have included the building of the Bujagali Dam, which today provides about a third of the electricity in Uganda, as well as the establishment of Roshan, the first mobile telephony provider in Afghanistan.