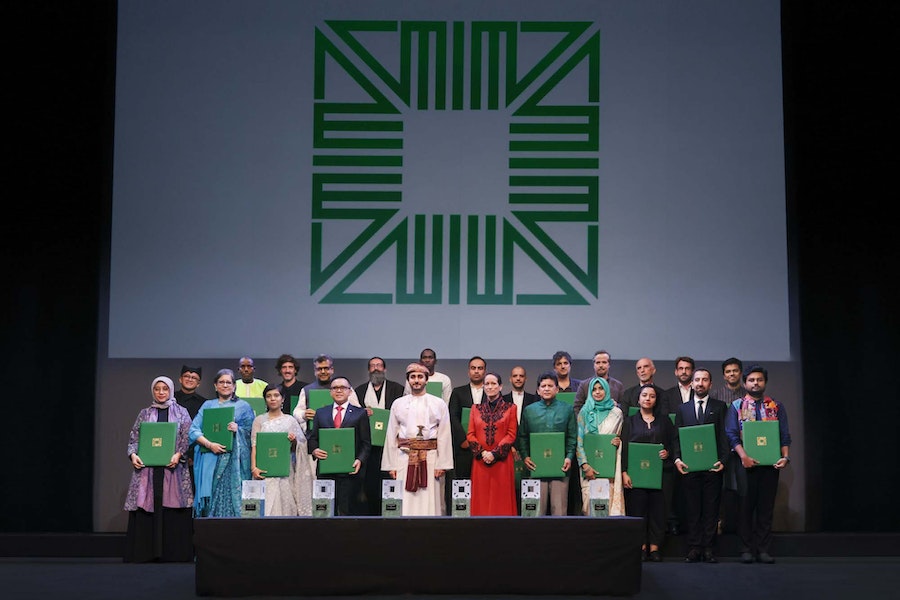 “
The Award has been a lighthouse to those who feel we can design and build differently; to those who believe we have a responsibility to build appropriately.

Architecture at its most fundamental fulfils basic needs, providing shelter from the elements, a habitable temperature, and increasingly a sanctuary from climatic extremes. But the spaces in which people spend time also have a profound effect on their quality of life. Architecture has the potential to bring individuals together, connect communities and provide cultural continuity, while reinforcing bold aspirations.

The Aga Khan Award for Architecture, now in its 45th year, was established to encourage such architectural excellence. The Award recognises the innovative use of local resources and appropriate technology to successfully address the physical, social and economic needs, and the cultural aspirations of communities in which Muslims have a significant presence. Above all, the Award celebrates projects that promote a spirit of pluralism: in the words of His Highness the Aga Khan, the embrace, rather than the elimination, of difference.

The 15th cycle of the Award has concluded with a prize-giving ceremony in Muscat. Distinguished laureates joined officials of the Sultanate of Oman, architectural experts, the Award’s Steering Committee and members of its Master Jury, as well as dignitaries from around the world.

Muscat is an apposite host for an award that emphasises architecture in Muslim contexts. The city features contemporary Islamic architecture ranging from the Sultan Qaboos Grand Mosque to the Royal Opera House, as well as traditional adobe homes and restored forts. Guests of the Award for Architecture toured the historic sites and attended the Winners Seminar, which, over the years, has become a hallmark of the triennial Award. The seminar brought together architects with members of the Steering Committee and Master Jury to deliberate on the Jury’s selection and to discuss the social impact of architecture in the context of Oman.

The Award for Architecture ceremony concluded the three-day event, which also celebrated laureates of the 2022 Aga Khan Music Awards. These laureates were featured in two gala concerts presented in the Royal Opera House Muscat’s House of Musical Arts. The evening included a performance by the Aga Khan Master Musicians with special guest Yurdal Tokcan, an eminent oud player who served on the Master Jury of the 2022 Music Awards, and the screening of a film on the 2022 Award recipients.

“The Sultanate of Oman’s hosting of the ceremony of the Aga Khan Awards for Architecture and Music and its accompanying events support the objectives of Oman’s cultural strategy, which calls for an identity open to the cultures of peoples; affirms the continuous support for culture, literature and the arts; and puts the role of the Sultanate of Oman on the world map of culture as well as achieves partnership and integration with local and international institutions in the cultural fields,” said His Excellency Sayyid bin Sultan Al-Busaidi, addressing the gathering.

Princess Zahra Aga Khan, representing His Highness the Aga Khan at the Awards, paid tribute to the host, His Majesty Sultan Haitham bin Tariq, and the Sultanate of Oman, as well as His Highness Sayyid Theyazin bin Haitam Al Said, for his presence. “Celebrating the Award here in Oman,” she said to the gathering, “reflects a deep and shared conviction that buildings can do more than simply house people and programmes, they can also reflect our deepest values.” She said that His Highness believes profoundly that architecture is not just about building but is a means of improving people’s quality of life.

Princess Zahra Aga Khan’s address emphasised both the pluralistic philosophy of the Award and the need for architecture to find solutions to physical and environmental concerns. “Over the years, the Award has been a lighthouse to those who feel we can design and build differently; to those who believe we have a responsibility to build appropriately – with thought, with consideration, and with the knowledge that architecture at its best is an inherently pluralistic enterprise.

It is our honour to recognise each of you for the spaces you designed in the service of humankind. Taken together, they help us better imagine an architecture for the future that will acknowledge the needs of diverse communities, respect the natural world, and enhance the quality of life,” she ended.

“
Every project has a story - about how it has been conceived, built and lived - that cannot be explained simply through drawings and images. One of the preoccupations of the 2022 Master Jury was to consider the realities of the post-Covid era, alongside the environmental, economic, social, technological and aesthetic aspects of each project.

Of the 463 projects from 55 countries nominated for this year’s award, the Master Jury selected 20 to visit and evaluate. Six of these projects were chosen to share the $1m prize. They come from Bangladesh, Indonesia, Iran, Lebanon and Senegal, and range equally widely in their execution. The Urban River Spaces project provides residents with access to the Nabaganga river. The six temporary community spaces of the Rohingya Refugee Response programme are responding to emergency needs, while the Banyuwangi International airport looks to the future of East Java. The Argo Contemporary Art Museum and Cultural Centre – a former brewery – that has been converted into a private museum for contemporary art, and the Niemeyer Guest House have both renovated existing structures, while the Kamanar Secondary School is an entirely new creation consisting of classroom pods around existing tree canopies. Yet each of these projects demonstrate innovation, care for the environment and a focus on the human in their creation, use and conservation of historical memory.

The Master Jury explained its selection of winners. “Open, free, public spaces… have a capacity to heal and restore a sense of dignity. We looked for quality, not only of the architectural space, but the quality of life and social relationships facilitated by architecture – the generosity and beauty that architecture can strive to make more accessible.”

It is hoped that the winning projects will inspire those involved in the built environment, such as architects, clients, decision-makers, builders and users; helping them envision architecture that will address current issues and enhance the future quality of life.

“
The projects and the people we honour show how architecture that is truly global, can also be deeply local. They show us how architecture can create dialogue among people, build bridges between communities, and act as places of sanctuary for those in need.